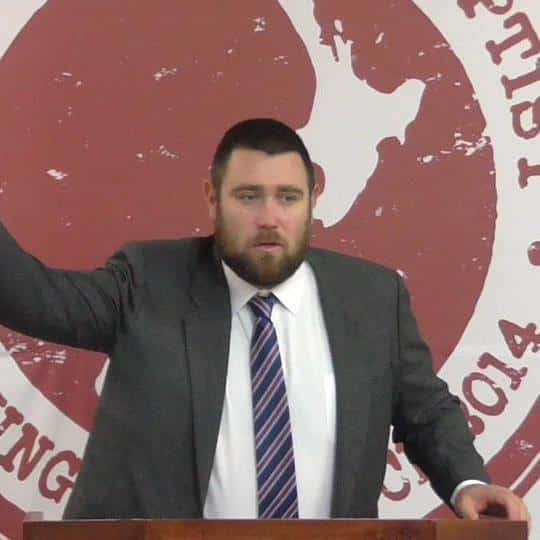 Westcity Bible Baptist is a growing power in the New Zealand area. The church is beginning to churn up a lot of momentum in the down under area. Their slogan “Saving Souls since 2014,” Is a great picture of the work that they have been accomplishing despite their persecution. In New Zealand, Freedom of Speech is not a guaranteed right. It is through tribulation that God has certainly been blessing this growing church.

When the church began in 2014, those of us who were around remember the persecution that Pastor Robertson received. He stood up on a firm and bold stance against the homos. He advocated Leviticus 20:13 and preaching hard against the wickedness of the Sodomites. Because of this, not only was the church given a tongue lashing from its sending church, but the mainstream media had several choice words for him. Despite the difficult beginnings, Westcity now thrives in the Auckland area having seen hundreds saved and scores attending church services.

Pastor Robertson’s experiences mirrors the same experiences that a new preacher without a ready base will go through. The first few years have been rough as far as attendance. His first service was 5 people, all were his family. On the first anniversary the church ran 10, and the second the church ran 23. Persecution came because of his firm stance and belief. Thankfully, Pastor Robertson did not give up, nor change his doctrine. See the fruit of it all; in the last 6 months alone 15 saved souls were baptized.

Pastor Robertson has been a pastor for almost 3 years now in the New Zealand area. In 2011 he began to listen to Pastor Anderson, eventually switching to the post-trib pre-wrath position of the rapture. In 2014, he was sent out and started Westcity Bible Baptist. Pastor Robertson was married at 20, and him and his wife have 4 children.  These are their children: Sienna (8) is their oldest, followed by Tyler (6), Liam (3) and Elise (1). Pastor Robertson has a big vision for reaching the Auckland New Zealand area, a city of over 1.4 million people. He has set the example of enduring persecution for his church members, which continue to receive persecution for even attending the church in some cases.

Westcity Bible Baptist stands on several of the great pillar doctrines of our movement.
Abortion is Murder
KJVO
Non-Dispensationalist
Opposing Wordlyness
Post-Trib Rapture
OSAS
Salvation by Grace through faith, NOT Repent of your sins
No Fags allowed in the church
Soul-winning (church-wide every Sunday at 1:30pm)
Soul-winning Marathons (last hosted on their 2 year anniversary, Aug 2016)

We love listening to the new preaching channel available for Westcity Bible Baptist Church! Not only is the preaching on point with doctrine, but Pastor Robertson has a fun accent to listen to. In all seriousness, Pastor Robertson preaches a lot of Bible. The sermons preached constantly reference the King James. You can see in his sermons the influence of the hardening as a soldier of Jesus Christ that God has done unto him. Check out the his preaching, and the church on their social media platforms at
www.westcitybiblebaptist.co.nz (Website)
www.facebook.com/westcitybiblebaptist (Facebook)
www.youtube.com/channel/UCrdV8Vbr1Wc1hLicpHZ8RKQ (Youtube)

Here’s a recent video from their New Youtube Channel: