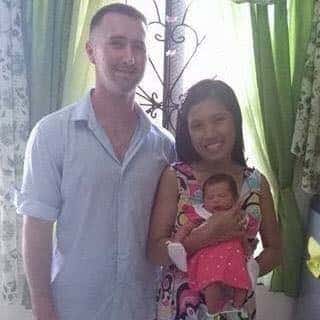 Another powerhouse of doctrine coming up in the new (IFB) movement is the send out of Mountain Baptist Church of brother Richard Symes. Brother Richard Symes is currently a missionary to the Philippines working under the direction of Pastor Bobby Batato. When Mountain Baptist Church, which will be pastored by brother Jason Robinson, is started, brother Symes will be ordained out of their church.

Brother Richard Symes has been in the Philippines for around 10 months now. He’s currently married for nearly the same time and is a recent father. He lives in and evangelizes the city of Carmen. In addition evangelizing his nearby Judea being the city of Panabo. Brother Symes loves soul winning. Not only is he going often, but he has a big vision for reaching the Philippines with the gospel of Jesus Christ. Doctrinally speaking, brother Symes is KJVO, Post-Trib, salvation by faith alone and an anti-Calvinist Baptist. Contact him for more questions about his doctrines via email at symesr45@gmail.com or on his YouTube channel at www.youtube.com/Channel/UCARL8 UZ9Y218PBAas5F0VV1a

Soul-winning in the Philippines

Brother Symes is doing an amazing work in reaching the lost in the Philippines. In the last 10 months he estimates that over 15,000 people have heard the gospel with around 2000 of them receiving salvation. His soul-winning partner, brother Korbyn Brock, goes with him to almost every appointment to preach in local schools, hospitals, jails, and the like. Witnessing in the Philippines is great because the people are very receptive. When preaching the gospel, crowds of people stand around and will hear the gospel. Bro Symes talked about how this work is great because in America you rejoice when you get one saved at the door but here you can reach 10 people at one time with the gospel easily.

Brother Richard Symes may very well be sent out someday to become a standalone Pastor in the Philippines. He has had the opportunity to read his Bible again and again in preparation. Not only this, but he has had the opportunity to preach the gospel to high school students numbering around 3000 at one time, and actively preaches in many places. His vision is only to see more reached as effectively in the larger cities. His goal will see many more come to Christ. He currently looks toward his Samaria, the city of Tagum to see this work grow.

Donate to his work, to help see it grow!

Donate to support his soul winning partner brother Korbyn Brock. Who has gone on his own means and the Lord’s leading to help Bro Symes.