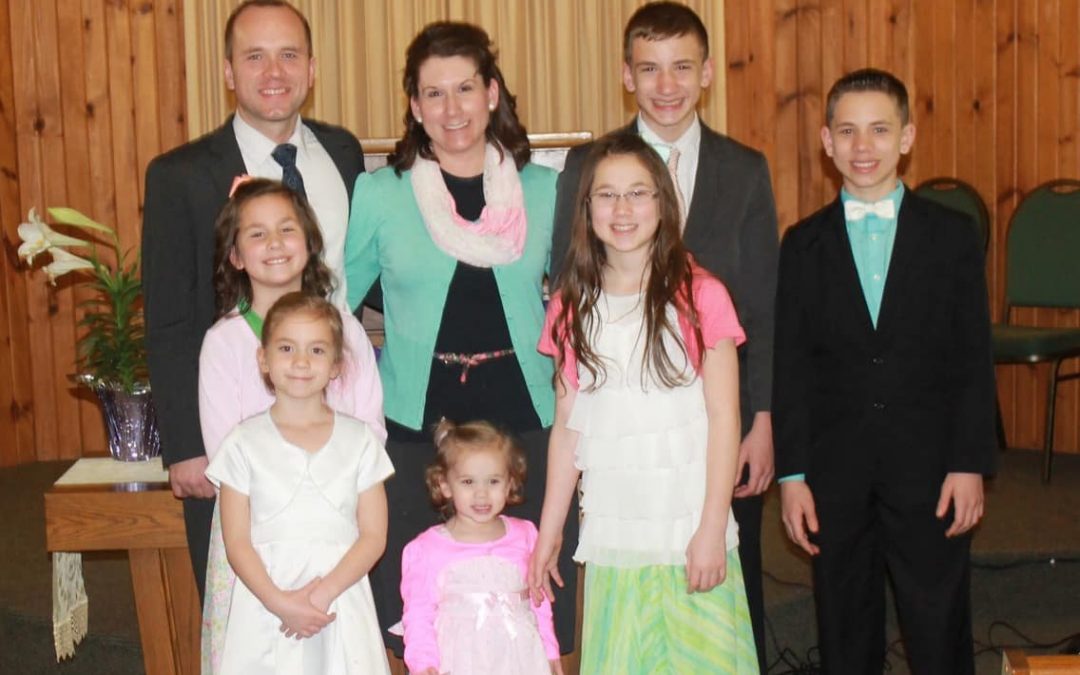 Liberty Baptist Church represents a special part of our movement in the Mid-west. What began as an Old IFB Church, and until 2014 officially stood on the pre-trib position among many other doctrines, is now a powerhouse of sound words.

Pastor Tommy McMurtry has successfully lead Liberty Baptist Church through this amazing transition. They are now Post Trib, Non Dispensational, Non-Zionist, and continue to aggressively soul win. Children are also welcome in the service. Their official church website is www.givemelibertybaptist.org.

Pastor McMurtry was saved in 1986. At the age of 5 he realized he was a sinner, he needed a savior, and then called upon the name of the Lord for salvation. In 2011 he was sent out to be the Pastor of Liberty Baptist church in Rock Falls.

Pastor McMurtry is a man who loves the King James Bible. In the mid 2000’s he came across Pastor Steven Anderson during his border patrol encounters and began following him until he discovered his Post Trib position. However, after further research, he began to study into the Bible realizing his position might be wrong. Pastor McMurtry then finally watched After The Tribulation and the Revelation series, and understood his hold up verse “Not appointed unto wrath” and the meaning of it. On September 27 2014 he officially switched to the Post Trib position.

After Liberty Baptist switched to the Post Trib position, Pastor McMurtry began to teach his members every Wednesday night on the doctrines of the Post-Trib Pre-Wrath position. The greatest concern in transitioning was the loss of church members, however, because of their stand the church has only grown since their decision.

Many friends since then have distanced themselves including other Pastors, as the mindset of most Pastors in the Old IFB movement is “be quiet, or, you’re a new pastor, or, it’s not your place.” However, with his successful church transition, Pastor McMurtry’s heart is to reach out to the Old dying IFB movement and persuade many to the truth. He is confident he will convince some.

Under Pastor McMurtry’s leadership, Liberty Baptist has knocked every door in the surrounding town, as well as their adjacent town Sterling. They are successfully reaching their Jerusalem and Judea. Pastor McMurtry is setting his sights on his Samaria and considering soul winning marathons with our movement. Already, LBC successfully runs its own local soulwinning marathons for it’s local towns.

Church soul winning currently runs officially on Saturdays 3pm-5pm, and occasionally the church also has a smaller group from 1030-noon. Members in the church are also running several unofficial times.

Liberty Baptist Church is a Non-Zionist, Non Dispensational, Post-Trib church. They do not believe in “repent of your sins” for salvation. Liberty Baptist stands with Acts 16:31, believe on the Lord Jesus Christ and thou shalt be saved. They sing the traditional hymns, and have hybrid mother baby rooms.

The Nursery system is not inside the main preaching room. However, members may watch the service in the nursery room with their young children. There are no nursery workers. The church has a no Fags Allowed policy as well. If you’re a queer, steer clear of the church. The preaching of the church is full of scripture, and it’s obvious that the Pastor has studied the issues out for himself. You can check out the preaching for yourself at www.youtube.com/givemelibertybaptist

Here’s a recent sermon from Liberty Baptist Church on Protestors and Agitators: