KJVRVG Team’s Response To Our Critics 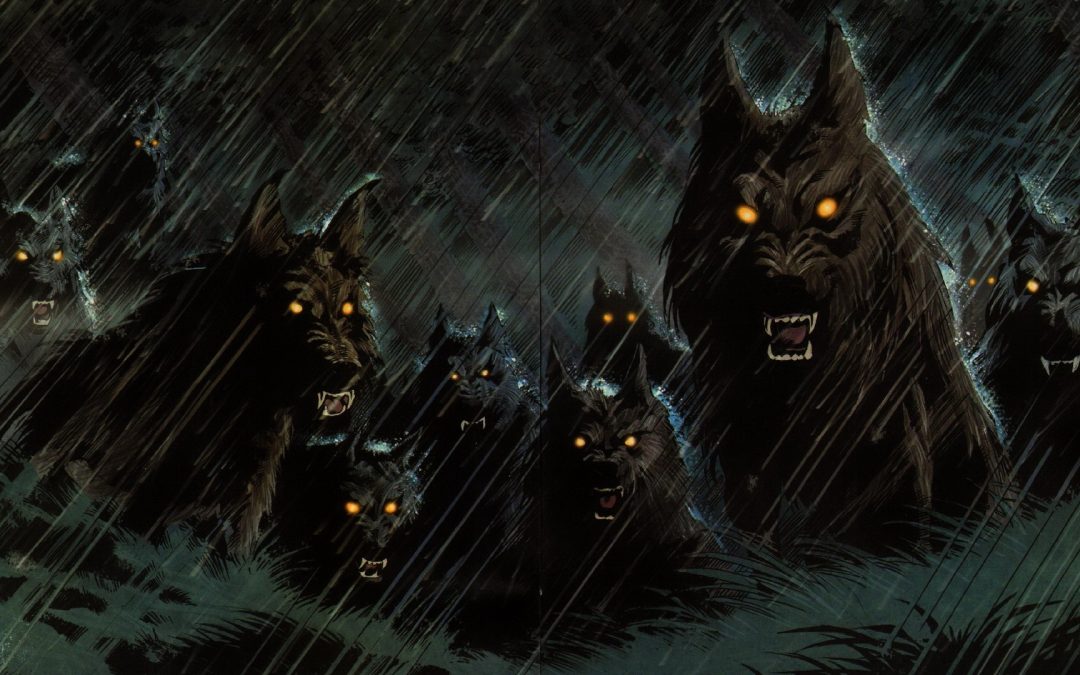 Here at the KJVRVG we have been fighting a good fight for the faith we have received. Not only are we continuing to pursue multiple Bible Revisions in foreign languages, but we are active in Audio New Testaments and hard preaching work.  Recently we made a posting that was exposing Sam Gipp at www.kjvrvg.com/gipp and sent out some emails in request for response. Initially, all the responses would have gone on the page itself, but given the magnitude of some of the responses we thought it neccessary to expose the false movement that surrounds Sam Gipp.

The Bible says that if a ruler hearken to lies that all his servants are wicked. This man is certainly a ruler in the sect of the Ruckmanites, and not a single one of his followers has dared to call him out so far. The man Sam Gipp is lead away of his own wicked heart and imagination. Else where would he get the stories in our previous posting? First he creates a story out of thin air, and this is his norm, making up ideas that not only are not biblical, but are contrary to sound doctrine. He then calls God the Father the Father of the angels, and he teaches that life begins at birth. The worst is that he teaches that the Angel had commanded Jesus to be called Emmanuel. He creates stories out of the Bible from thin air, and it’s only natural that he create stories about other men out of thin air. Such is the case with his recent rantings on Pastor Steven Anderson. He is a pathological liar.

Sam Gipp is not alone in his abuse of scripture. This is where we would like to point to some of the many responses that we have received since the last post.
https://www.facebook.com/family.schneide/videos/805700516249140/
This video right here shows the flagrancy of his supporters. His biggest supporter here being Dr. Keith Gomez. Notice the hipocracy when compared to the next statement that was sent to us via email.

Dr. Gomez clearly speaks of the man Pastor Anderson having an angry spirit, yet he himself does what he condemns. Romans 2:23 Thou that makest thy boast of the law, through breaking the law dishonourest thou God? God has the perfect rebuke for Pastor Gomez who cannot attack Pastor Anderson without preaching against himself.

Not all responses were mean spirited, but all were blinded. None responded back with any consideration about Dr. Gipp’s doctrine on the name of Jesus. See this next example or two:

Not mean spirited, but off base on rebuking false doctrine. Here’s another:

Again not mean spirited, but shows a lack of interest in the impartial truth. This church obviously went straight to Sam Gipp, and then swallowed whatever they were told without checking more into the matter of the clips stating the blatent false doctrine of Jesus name not supposing to be Jesus.

Here’s however another one by a Gipp die hard: 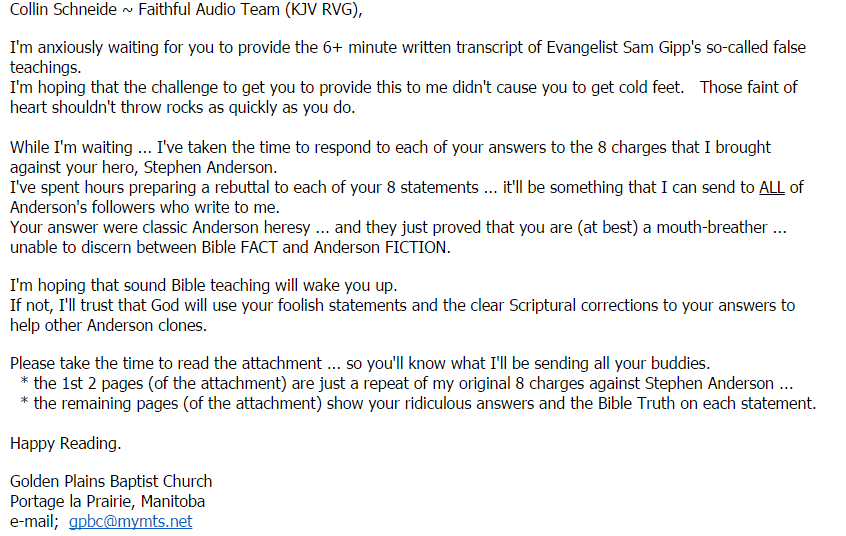 to give you an idea of the document he wrote, you can read it in it’s entirety here below. But be warned, the thing is meant to be divisive, is stacked with heresy of all sorts, and is full of rude and disrespectful comments.

Rebuttal to the KJVRVG Team and Pastor Steven Anderson

Brother Joshua Mifflin created an email that you will see cited in one of the next responses and the answers he got back will show you the acid tongues some of these minions really have. 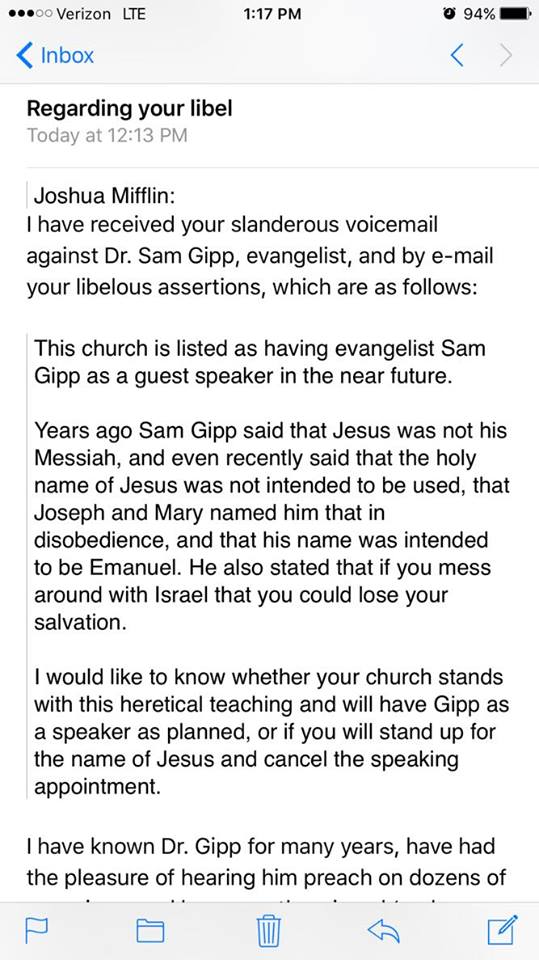 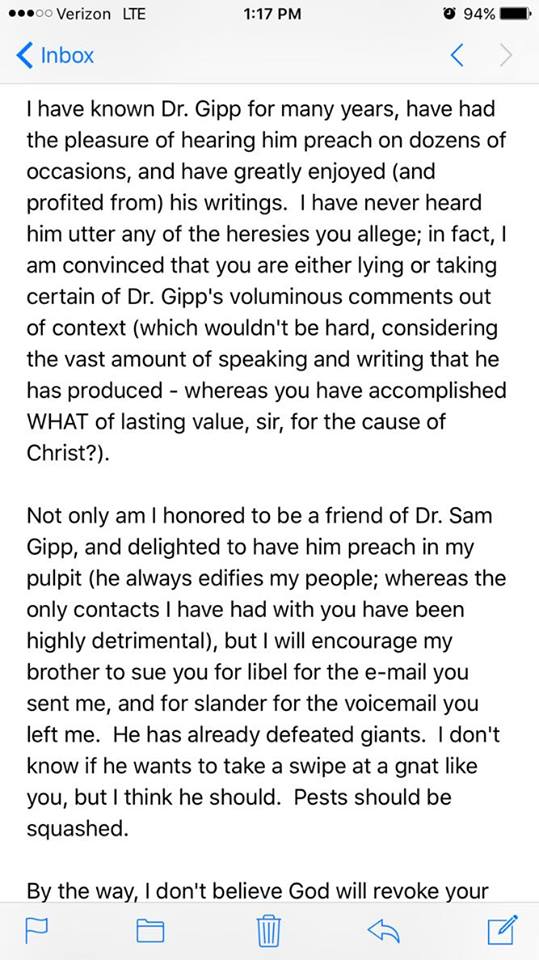 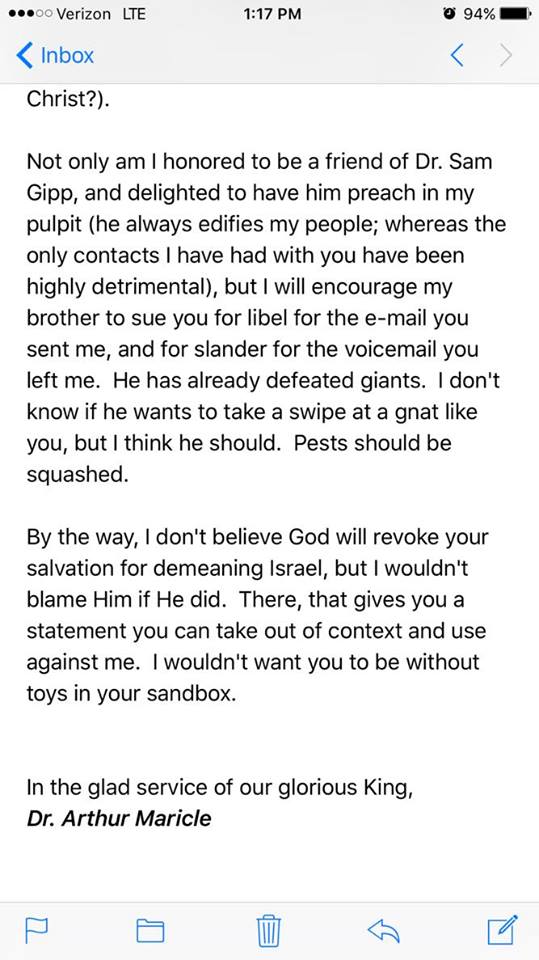 The man thinks that it would be ok for God to take your salvation if you mess with Israel? This guy is messed up seriously on doctrine. Who among us thinks it’s ok for God to go back on his promises and become a liar?

One last response for bro Mifflin: 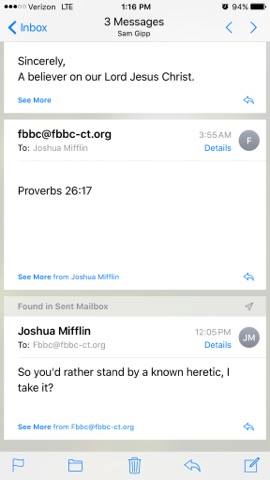 Once again, showing a lackluster approach to the important doctrine at stake.

Dr. Sam Gipp is not alone in his heresy. We need to realize as a movement that the IFB crowd is no longer what we thought it is. Increasingly hard it is becoming to find an IFB church right on the gospel. Increasingly more you find these churches that are so high strung on the drug of dispensationalism. Our movement is really a remnant in a sea of heresy that is called Christianity today. They call themselves so but they “have a form of Godlyness, but denying the power thereof.” What is the power? It is the Word of God. Heb 4:12 For the word of God is quick, and powerful, and sharper than any twoedged sword, piercing even to the dividing asunder of soul and spirit, and of the joints and marrow, and is a discerner of the thoughts and intents of the heart.”

Let every word be established by the mouth of two or three witnesses that the heresy that Dr. Gipp is preaching is really what he said. You can also see the original clip in the facebook link in the Dr. Gomez section. Check out the last 2 minutes of this sermon to see this second witness: