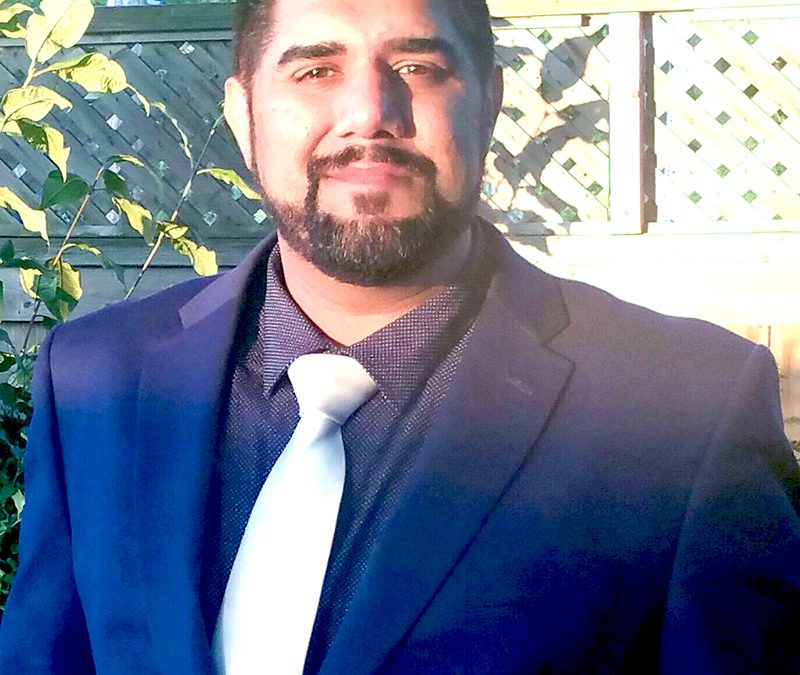 Jaiarshdeep (Jai) Singh Bedi was born again on July 27th, 2016. Jai was born in to a devout Sikh family and was raised to follow the false god of the Sikhs. At the age of 10, due to some very difficult times that arose in Jai’s family, he was led to believe IN Jesus, in the heretical Christianity where a person must “repent of their sins” and can “lose their salvation” but he did not believe ON Jesus completely for his salvation. Jai was deceived and lost for 20 years because of this false heretical Christianity.

In 2008 Jai’s father passed away, and in 2014 Jai’s younger brother passed away. Jai was not able to “repent of his sins” and was not sure what would happen to him and where he would go when his heart stopped and he took his last breath. Jai was in constant torment with thoughts of death from the time he woke up to the time he fell asleep at night.

On the night of July 27th, 2016, Jai came home from work and found Pastor Anderson’s 22 hour series on the Book of Revelation. Jai examined the first five minutes of Pastor Anderson’s teaching, and saw the link on the side in YouTube for “Once Saved Always Saved.” Immediately Jai began to watch the sermon and at the end, without hesitation, Jai prayed the prayer he should have prayed 20 years ago (Romans 10:9-10), Jai believed ON Jesus (John 3:16, 3:36, 6:47) completely, by Jesus’ grace alone, by faith alone, (Ephesians 2:8-9, Romans 3:24, Romans 5:15) that because of what Jesus did, because of the Gospel (1 Corinthians 15:1-4), (DEATH, BURIAL, RESURRECTION) Jai is saved. No he didn’t have to do anything to earn his salvation, it was a free gift, Jai HAS everlasting life and I definitely can’t lose it. (John 10:28-29)

Shortly thereafter, Jai contacted FWBC and was connected with a group of real, saved, Christian brothers. Jai dove right into reading the Word, attending and holding fellowship, preaching the Gospel and soul winning. Jai was provided the opportunity to glorify the Name of the Lord Jesus by revising and recording the KJV in Punjabi. Jai prays that the Holy Spirit will work through him, and that this project will save a multitude of souls and reach the very corners of the earth. In Jesus Name, Amen.