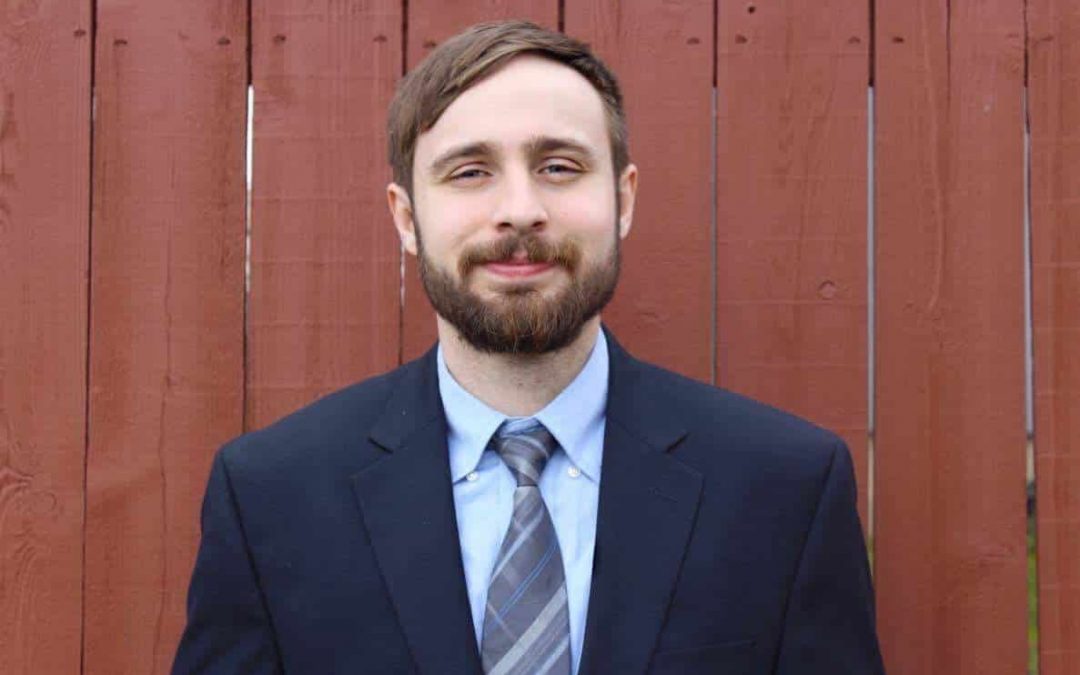 Blake Rinkin is a member of Verity Baptist Church Vancouver. Blake grew up in a small town in Oregon, and is married to his wife Brittany. The Lord has blessed them with a beautiful daughter.

Blake grew up most of life thinking he was a saved Christian, but thought more or less good works would get you into heaven. He had an empty void he needed to fill and had no idea where to start. Playing in bands and going to concerts were his soul purpose in life. However, as he became a young man in his late teens and early 20’s he became heavily involved with politics, both as a follower and as an activist. He has led rallies, and made YouTube videos, but shortly discovered how empty and unprofitable it was. Then he began watching Pastor Steven Anderson online and instantly took to the preaching. Eventually, he heard a true and complete gospel presentation in 2013 from one of Pastor Anderson’s videos titled “Basic Soul Winning Demonstration” and called upon the name of the Lord that day.

Although he had a long way to go, he began making changes in his life as he felt the Holy Spirit convicting him. Blake and his wife began searching for churches in their area. Unfortunately, every one of them would just be a compromise. Nothing would ever compare to the preaching he would watch online, and the zeal that FWBC had for God and soul winning. Blake wanted to live for God very bad, but felt like nobody around him in the churches shared the same zeal. Then Blake finally had a chance at soul winning at the Portland, OR soul winning marathon hosted by Pastor Anderson. He met his good friend, Aaron Thompson, for the first time that day, and accompanied him as the silent partner. His heart leaped for joy when he witnessed a 16 year old girl get saved. He was hooked.

Blake now has a busy life between work and church, and is always thinking about soul winning. It is his favorite thing to do. He is very pleased to be a part of this team and hopes it impacts the lives of millions of people all over the world. Anything is possible with Jesus, when the path gets rough remember Romans 8:31 “What shall we then say to these things? If God be for us, who can be against us?”